BBC Three has given yet another set of new directors the opportunity to work on TV projects with six new factual films under its Fresh strand. The programmes cover a range of subjects targeted at a youth audience, from underage drinkers to female webcam performers.
Â 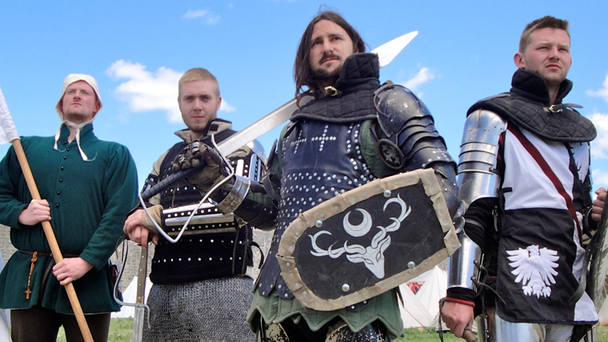 Set to air next year, the new season of docs follow on from previous films in the Fresh strand, including Jamie: Drag Queen at 16 and My Brother the Islamist.

The hour-long films are: School of Rock (w/t) directed by Kieran Carruthers via StoryVault Films - dubbed Skins meets Fame Academy, following students at the ACM (Academy of Contemporary Music) who aim to make it big as rock stars.

Webcam Girls (w/t) produced, directed and developed by Matthew Carter via Special Edition Films -delving into the lives of three girls who make a living by performing in front of webcams.

Growing Up Down's (w/t) produced, directed and filmed by Will Jessop via Maverick Television and Dartmouth Films - following a youth theatre group with Down's syndrome as they put on a touring production of Hamlet.

Does Skunk Make You Crazy? (w/t) produced and directed by Charlotte Rodrigues via Acme Films - 23-year old journalist Jake Hanrahan talks to cannabis-induced psychosis sufferers and aims to lift the lid on the effects of the drug.

Underage and Over the Limit (w/t) produced and directed by Louis Grover via Special Edition Films - meeting underage drinkers in the North East and youth workers on the front line.

Knight Club, produced and directed by Matt Ralph via Endemol - an insight the world of medieval tournaments, focussing on a group of modern-day knights competing at the international Battle of the Nations tournament in France.