While some of us are heading for beaches and barbecuesÂ during the Bank Holiday weekend, other, more famous faces will no doubt be dusting off posh frocks and tuxedos ready to attend the Toronto International Film Festival (TIFF). Â

Established in 1976, the festival has grown to become not just one of the starriest (up there with Cannes) but also considered one of the most influential, often prompting Oscar buzz from critics and audiences alike.

This year's festival runs from 5-15 September, with British films making a strong showing. Here is the first part of our (alphabetical) round-up of those screening at TIFF, with a few salient details on each. As there are so many British films heading to the prestigious festival, we will complete the line-up in Part 2Â next week.

Belle - from writer/director Amma Asante, the film centres on the real life story of Dido Elizabeth Belle, the first mixed race woman to appear in the higher echelons of London society in theÂ 18th century. Shot at Ealing Studios. 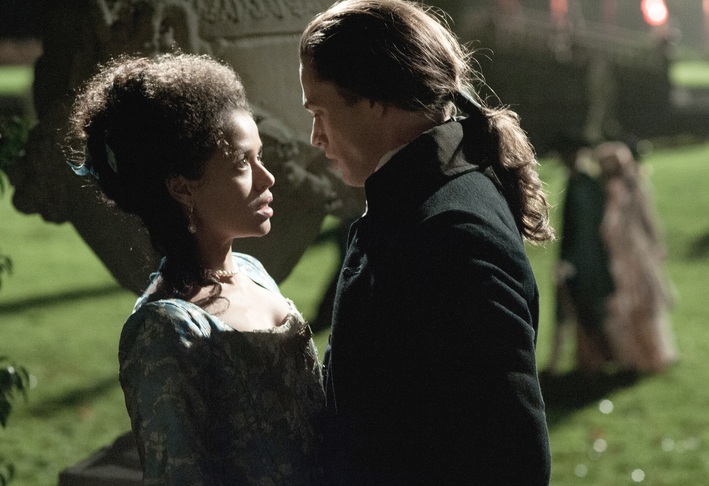 Dom Hemingway - directed by Richard Shepard, this revenge comedy about a safecracker who sets out with his best friend to collect his hush money after serving twelve years in prison. Stars Jude Law in the title role, with Richard E Grant. Shot at Pinewood Studios and the South of France, from the Recorded Picture Company and BBC Films.

The Double - adapted from the novella by Fyodor Dostoyevsky, about a Russian bureaucrat whose life falls apart when an identical man starts working in his office. Directed by Richard Ayoade for Alcove Entertainment.

A Field in England - Ben Wheatley's psychedelic Civil War drama which was the first feature to have a multi-platform release in the UK.From Rook Films and Film4 Productions.

Gravity - George Clooney and Sandra Bullock tethered together in space.Â  We're cheekily claiming this one as one of ours - it was produced by David Heyman of Heyday Films, and used London and Shepperton Studios as well as a good chunk of British technicians and crew. (And it's worth a mention because we can think of worse people to be tethered to in space). You can view the trailer over at our sister site, KFTV.

Half of a Yellow Sun - starring Chiwetel Ejiofor and Thandie Newton, based on the novel by Chimamanda Ngozi and set in Nigeria during the time of independence and the ensuing Nigerian-Biafran war. Shot in Nigeria and directed by Biyi Bandele for Slate Films.