Steve Coogan shows his serious side in Philomena

The trailer for Philomena has arrived, starring Steve Coogan and Judi Dench. Directed by Stephen Frears (The Queen) the drama is based on the true story of an Irish teenager forced to give up her child in the early 1950s. 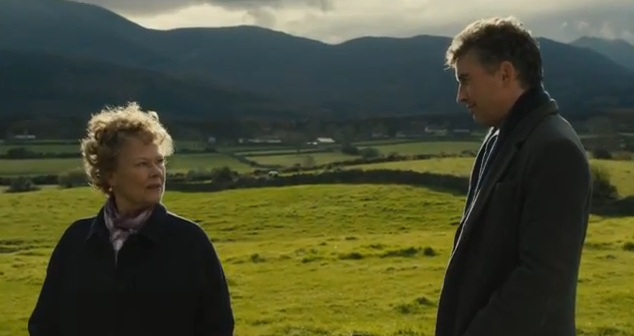 Dench stars as the mother searching for her son, helped by journalist Martin Sixsmith (Coogan). The role is quite a different shift in gear compared to Coogan's latest big screen performance as North Norfolk Digital's premier mid-morning DJ in Alan Partridge: Alpha Papa.

Coogan also penned the film, alongside Jeff Pope. Shooting took place last November in the UK and US over the course of eight weeks.

Philomena opens in cinemas from 1 November.

Further production details on the film can be found on Production Intelligence, our online database of advance and archive productions.