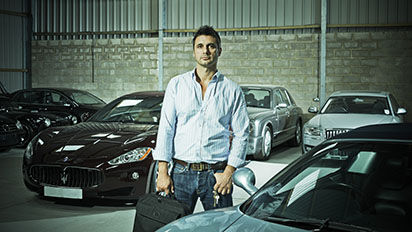 Channel 4 has commissioned three shows focussing on businesses which are booming despite the recession. The Pawn Shop, The Man Who Will Buy Anything and Scrappers (all working titles) were ordered by Anna Miralis, commissioning editor, true stories and documentaries at the channel, and are all expected to air in September.

First up there's The Pawn Shop, produced by Boomerang (Jon Snow's Paralympic Show), which goes behind the scenes at Prestige Pawnbrokers in Surrey, known for pawning expensive and exclusive objects - from a Â£1m helicopter to a Â£150k Ferrari. The hour long doc follows the owner, former property developer James Constantinou and his team as they go about their daily routine as well as venturing into new business plans. Tess Cuming exec-produces and Paul Nelson directs.

Then there's The Man Who Will Buy Anything from Firecracker Films (Big Fat Gypsy Wedding), a single hour ob-doc following Steve Elwis, a prolific trader dubbed the real-life Del Boy. Elwis runs Virrgo, the UK's largest stock clearance buyer, dealing with everything from corner shops that have gone bust to family-run businesses that have gone under. It follows Elwis and his team during a time of change for the business and as they undertake often risky deals. Producer/director is Sam Emmery.

Lastly is Scrappers, also from Firecracker Films, a character-led documentary about a scrap yard in south-east London who buy wrecked or decommissioned vehicles and sell them as usable and unusable parts. The light-hearted two-part doc follows large than life characters at the yard, and uncovers the ups and downs of the prospering metal trade. The producer/director is Lucy Wilcox.

The above productions can be found on Production Intelligence, our online database of advance and archive productions.