Is the small screen getting bigger? 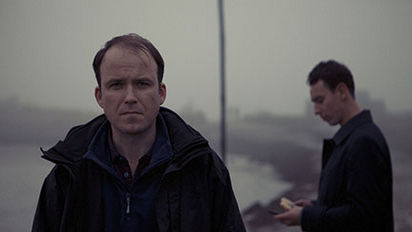 Set against a backdrop of fast-changing multi-media, second screen and interactive technology, it strikes us that the small screen is becoming more like feature film, with ever more stunning cinematography and A-list actors jostling to star in TV dramas.

Perhaps it's the Forbrydelsen effect, but it's a fact that TV drama has recently become more unremittingly bleak, with filmic visuals being part of the deal. In Channel 4's Run and BBC One's Luther, London is filmed with a menacing, shadowy camera style - the city being portrayed almost as a character in itself.

Warp Films' Southcliffe, currently airing on Channel 4, is shot more like a feature film, with lingering, panning shots of vast foggy marshland ramping up the tension as the atrocity unfolds. In one scene, the camera moves so slowly as to be almost imperceptible across the wallpaper of the bedroom - a brave shot not often afforded by TV drama producers trying to fit in as much action as possible.

Actors too, seem to be outgrowing the small screen - Idris Elba's visceral Luther appears to be physically bursting out of every scene he's in, and rumours persist about a big screen version being on the cards. As does talk of a Doctor Who feature film; the reveal of Peter Capaldi as the new Doctor was heralded by almost as much speculation and hype as the run-up to the Oscars.

Film has lent TV drama plenty in terms of content too. The Returned, a recent big hit for Channel 4, was an adaptation of the 2004 feature film Les Revenants. It was also announced this week that the Coen Brothers' Oscar-winning 1996 feature Fargo is to become a TV drama starring Billy Bob Thornton, and Fremantle Media International is developing a six-hour mini-series based on the classic 1962 film Lawrence of Arabia.

Do you think TV is becoming more like film? Leave your comments below or let us know what you think via our Facebook page.