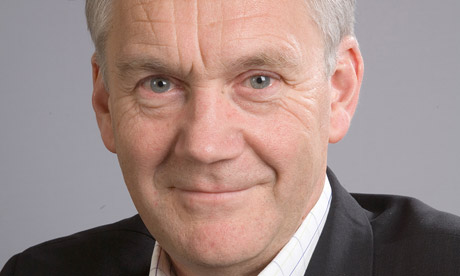 ITV's controller of entertainment John Kaye Cooper is set to leave the broadcaster at the end of the year, it was announced last week.

Kaye Cooper, who has been controller for five years, has overseen several hit shows, including the revamped Surprise Surprise, Take Me Out and The Royal Variety Performance, for which he secured a ten year deal to broadcast the gala.

He plans to spend more time with his grandchildren who live abroad, and will offer his services to the industry on a freelance basis. His CV includes an impressive list of roles within the TV industry. He was controller of entertainment at LWT in the 90s, where he was behind popular shows such as Blind Date and Catchphrase, and before joining ITV in 2008, he was creative director at indie Talent TV for eleven years.

He said: "The last five years have been some of the most exciting and enjoyable in my career. ITV is a tremendously creative place to work. It has been a privilege to work with Peter Fincham and Elaine Bedell on so many terrific shows, with some brilliantly talented artistes, and the very best, innovative production teams and independent companies.

"It will be a huge wrench to leave so many good friends and colleagues but I am looking forward to spending more time with my grandchildren who all live abroad. But I'm still incredibly passionate and enthusiastic about entertainment and big events, so I am planning to work freelance as a consultant or executive producer in between the travelling, and I am looking forward to working with ITV again in the future."

It has not been confirmed who will replace Kaye Cooper.
Â