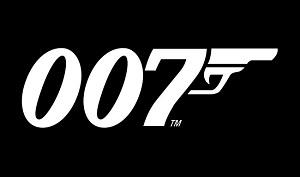 The 24th James Bond film will once again star Daniel Craig with the great Sam Mendes directing, the producers of the film have announced on Thursday (11 July).

The screenplay for the new 007 film is written by John Logan. Sony also have announced the release date for the film which is set for 23 October 2015 in the UK.

Skyfall, the previous Bond film, took in $1.1bn worldwide and set a new mark as the highest-grossing film of all time in the UK; it was the best-selling Bond film on DVD/Blu-ray and was named by many film critics as the .

In a statement, director Sam Mendes said: “I am very pleased that by giving me the time I need to honour all my theatre commitments, the producers have made it possible for me to direct Bond 24. I very much look forward to taking up the reins again, and to working with Daniel Craig, Michael G. Wilson and Barbara Broccoli for a second time.”

Commenting on the announcement, the film's producers Wilson and Broccoli said: “We are thrilled to reunite the extraordinary talents of director Sam Mendes with our star Daniel Craig for the next great Bond adventure.

“As evidenced by the phenomenal success of our last collaboration with EON Productions and Sony, the incredible legacy of this 51-year-old franchise continues to amaze.”

Speaking for Sony were Michael Lynton, CEO, and Amy Pascal, co-chairman, who said: “It’s a privilege to work on the Bond films. EON, John Logan and Sam Mendes have come up with an extraordinary follow up to Skyfall and we, along with our partners at MGM, can’t wait to share this new chapter with audiences all over the world.”