There has been much press and internet speculation recently about which actor will be cast to play the brilliant theoretical physicist Stephen Hawking in a forthcoming feature biopic about his life, with Eddie Redmayne now set to tackle the role.

The job of casting an actor to portray a real life public figure can be a minefield - do you want someone who can do a straightforward impression, or someone who can convey the essence and character of the person, without necessarily bearing the closest physical resemblance?

And surely the more famous the subject, the higher the expectations on that particular actor to get it just right?

Michael Sheen is arguably the king of the biopics, having portrayed Tony Blair (several times), Kenneth Williams, David Frost, Brian Clough and Dr William Masters. He has amassed several mantelpieces of gongs and trophies for his efforts, but it is also important to remember he does sometimes play fictional characters and is equally acclaimed for his stage work.

Putting in a strong showing is Daniel Day-Lewis: much-garlanded for his performance as Christy Brown in My Left Foot, the actor went on to play Gerry Conlon, one of the Guildford Four, and more recently, Abraham Lincoln.

Meryl Streep was rightly acclaimed for her convincing depiction of Margaret Thatcher in The Iron Lady, a role many though would be impossible to fill.

Another world famous iconic female, The Queen, has been portrayed by Helen Mirren on the big screen and on stage. This feature is stuffed with actors playing real life public figures, from major and minor royals, to cabinet members and elder statesmen. Â After the film's release, it was widely reported that Mirren had been invited to dinner at Buckingham Palace, but couldn't go due to filming commitments. That would have been a dinner party and a half.
Â 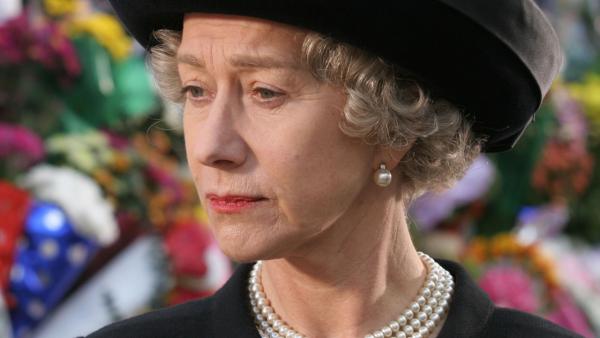 Continuing the royal theme, Naomi Watts has her work cut out as she takes on the role of possibly the most famous woman in the world, Princess Diana. Stills have been released of the forthcoming biopic, Diana, due out in mid-September, with expectations high.

And talking of portrayals in the can, but not yet seen on screen, we can look forward to David Threlfall playing Tommy Cooper in a feature length TV biopic for ITV; Dominic West (who has also played the infamous Fred West) and Helena Bonham Carter playing the volatile Hollywood glamour couple Richard Burton and Elizabeth Taylor (for BBC Four, until recently the home of the biopic), Idris Elba as Nelson Mandela and Benedict Cumberbatch playing Wikileaks founder Julian Assange.

The list goes on and on - Anthony Hopkins as Hitchcock, Leonardo DiCaprio as Howard Hughes, and J Edgar Hoover, Marion Cotiallard as Edith Piaf, Will Smith as Muhammad Ali...
Â

Who would you cast to play famous or iconic real life figures? Â Get in touch via our Facebook page, or leave your comments below.Â Â Â

And while you're working on your dream cast, spare a thought for the casting director charged with finding an actor to fill the sparkly platform boots of Elton John for Rocketman, a big screen biopic due to shoot later this year.