In honour of the Cannes Lions advertising festival, now taking place in sunny France, The Knowledge team has selected three advertising campaigns of the past year. Take a look at our choices and let us know what you think.

The trailer and subsequent campaign, created by the broadcaster’s in-house team 4 Creative, changed the way Brits viewed disability and the Paralympics. With “Thank you for the warm-up” and “Meet the Superhumans” a high, thrilling bar, far raising the normal level of expectance was set. And luckily the event did not disappoint. 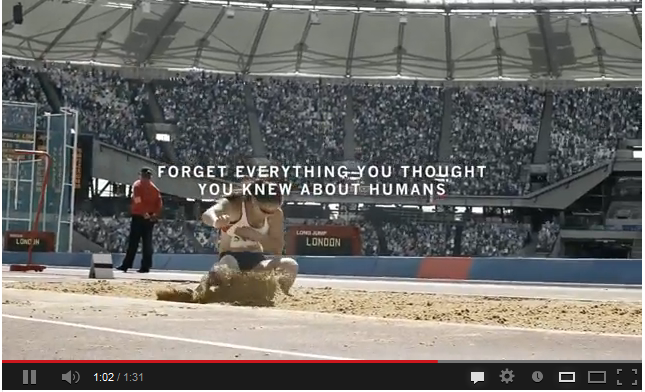 Called The Journey, this ad, which is set to a cover of Frankie Goes to Hollywood's Power of Love, suddenly made us feel Christmas was near. Though effectively a push to buy your loved ones’ affection, it never had that feel to it.

The narrative of the 90-second ad, which costed the company £6m, was more one of old fashioned storytelling - which we heart. The John Lewis campaign – annually so anticipated that broadcasters are showing teasers of it – was this year created by advertising agency adamandeveddb.

Oui, we can’t help it but again, praise to Channel 4. Roughly two weeks ago, the broadcaster announced an all French ad-break with subtitles during the first episode of its French zombie drama, The Returned.

We saw L’Oreal, Renault, Bel Boursin and Emirates pass the revue – each ad carrying its own subtitles. The adbreak was introduced by a French voiceover.

We list the stunt in our top campaign as it is the first time a UK broadcaster has ever broadcast an entire break of French language adverts.

Do you agree or disagree with our choices for impressive ads of the past year? Let us know your opinion via our Facebook page or LinkedIn group.