What percentage of UK film crew members are female?

The film business is often accused of being an elitist industry, containing mostly white, middle/upper class men who live in London.  Whilst there are always examples of companies and producers who are careful to buck this trend, overall the industry is sadly behind the times.

I studied all UK films shot between 2009-13 (as defined and tracked by the BFI) and looked at the gender split within each film's crew. In summary...

On average, women make up 26% of crews on UK films

The only departments which have a majority of women are make-up, Costume/Wardrobe, Casting and Production. 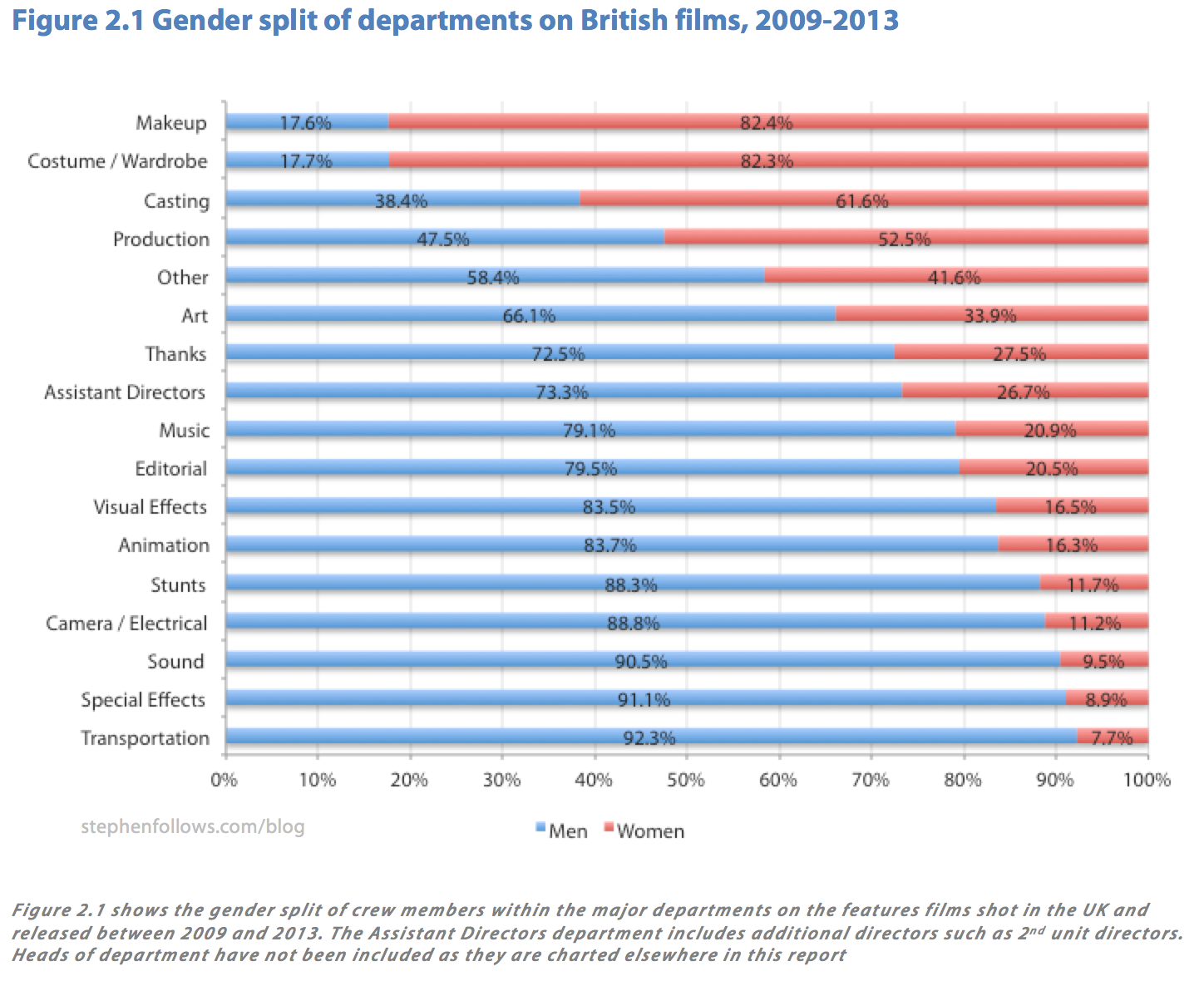 Arguably, the roles which have the largest impact on the final story are writers, producers and directors.  Therefore, the fact that women only account for 15%, 27% and 14% respectively must have an effect on the representation of female issues and viewpoints on-screen.  You can see my research into whether audiences care about the gender of the key creative roles here. 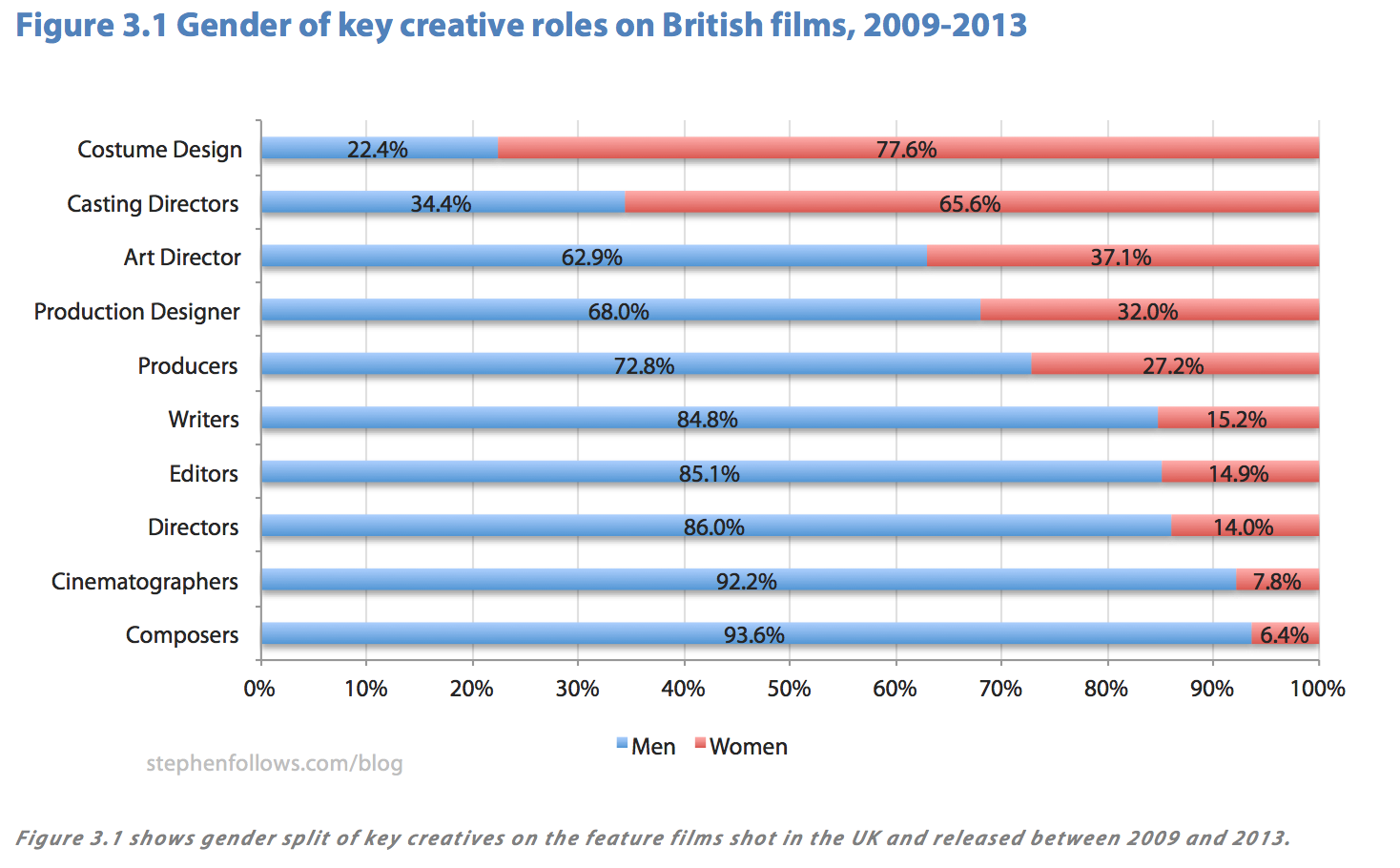 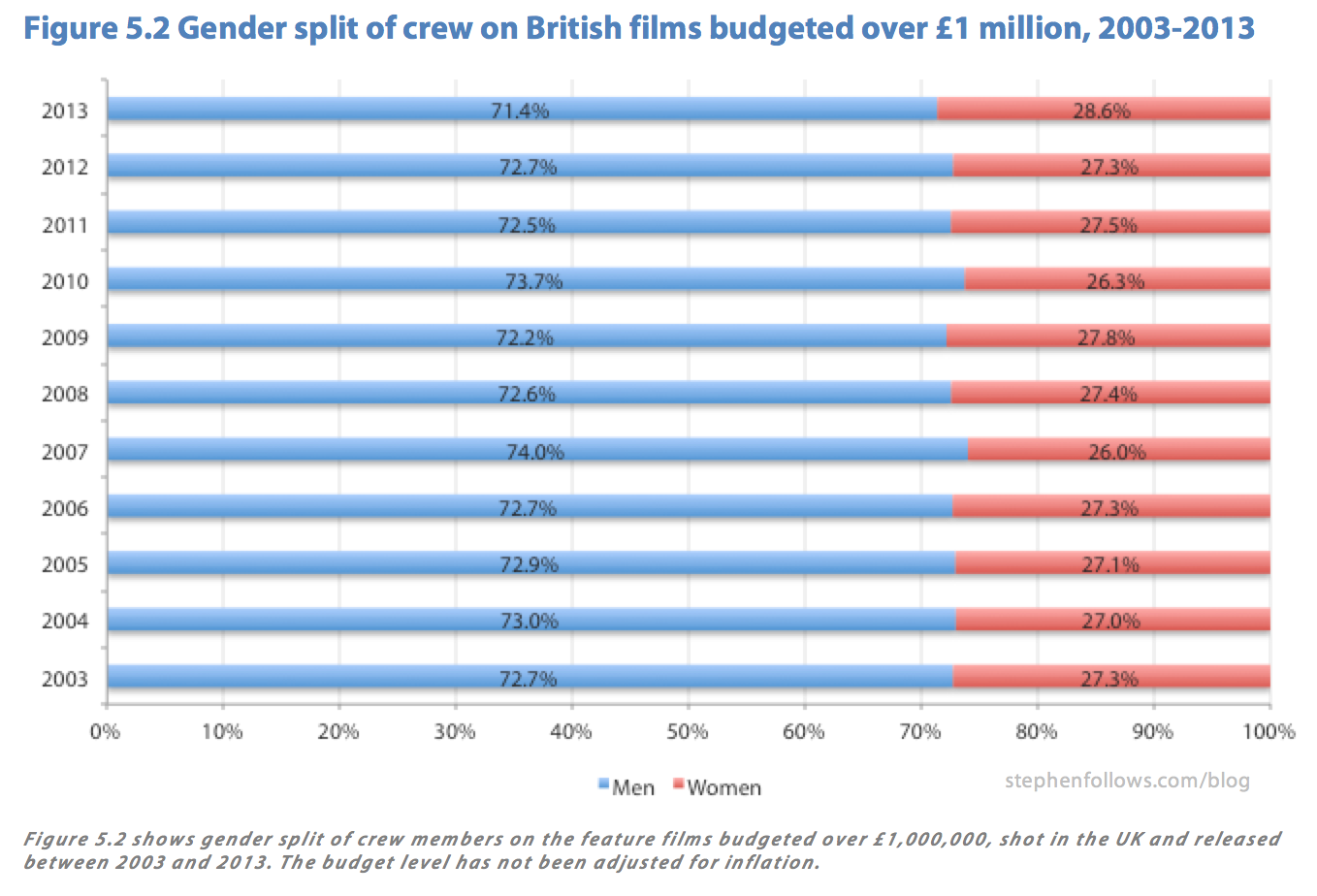 Note: this is from a slightly smaller sub-set of films as my complete dataset of all UK movies starts in 2008.  Therefore, the chart above relates to UK films budgeted over £1m.  If you would like to see the year-by-year stats for all UK films since 2009 then please sign up to the full report at the top of the page.

How does the UK compare with America?

Today's research focuses on feature films shot in the UK and released between 2009 and 2013. My previous research looked at the top 100 grossing films at the US box office, the vast majority of which were made and distributed by the major Hollywood studios.

Today's research focuses on feature films shot in the UK and released between 2009 and 2013. My previous research looked at the top 100 grossing films at the US box office, the vast majority of which were made and distributed by the major Hollywood studios.

Direct comparison between the two sets of results is a little less robust than I would normally like as they are studying slightly different things.  However, I have run spot-checks and found no significant difference between the overall percentage of women in all UK films and that of just the highest grossing UK films.  This means that comparing the UK film results with the top grossing US films does reveal useful information about the difference between the two countries.

The biggest difference between the UK films and top grossing US films is in the role of Director.  The representation of female directors was 4.5 times higher in UK films than top US films. 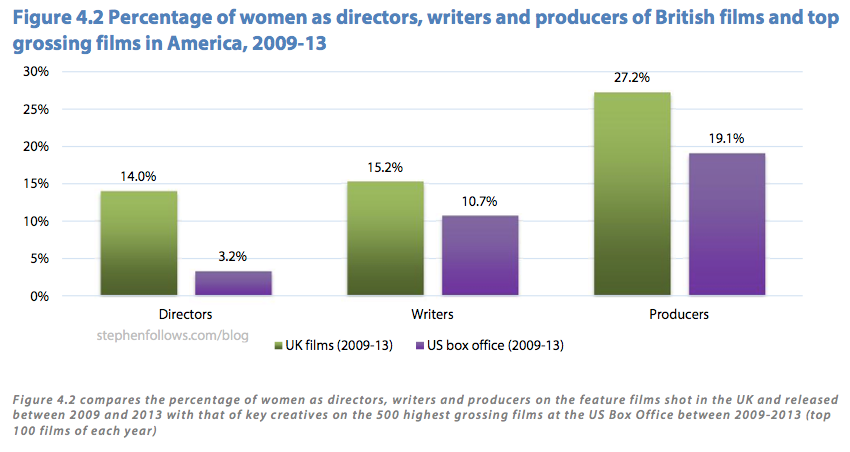 Editors are the only role which show a more balanced situation in top US films compared with UK films. 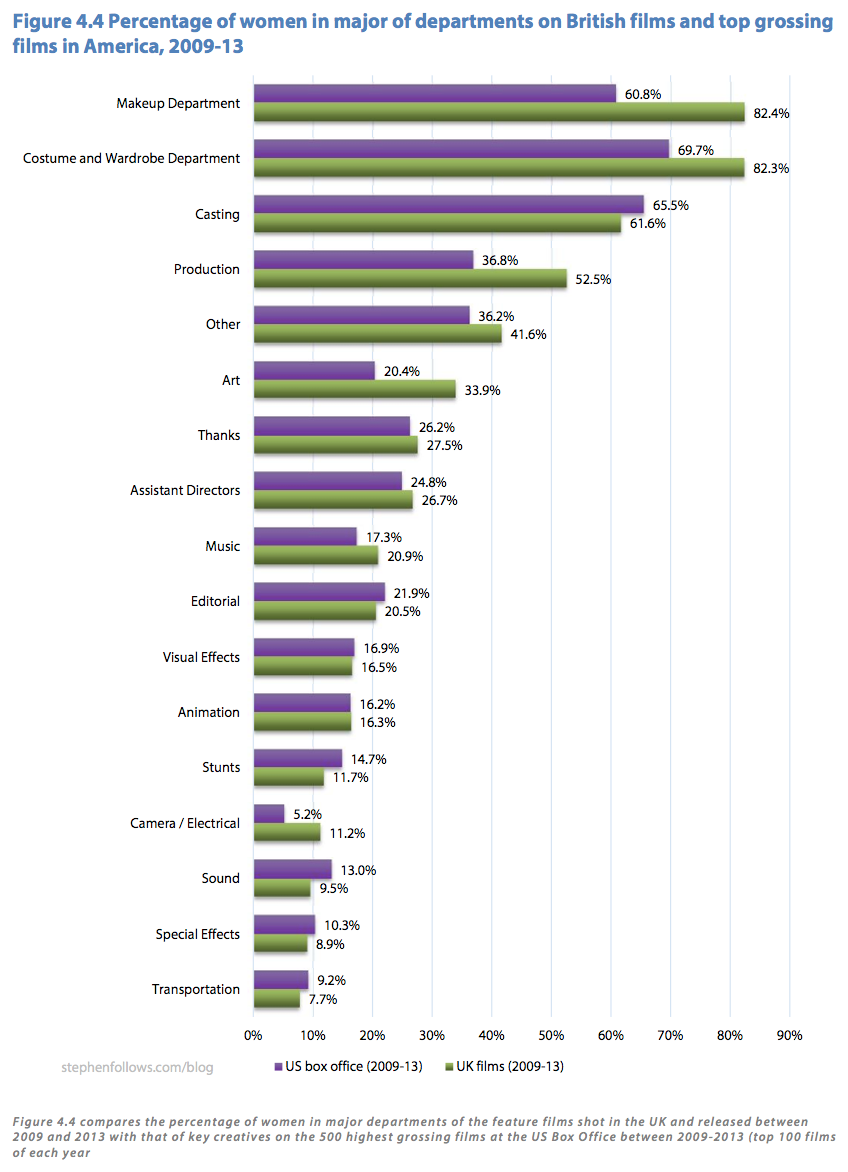 How does the UK compare with America over the past five years?

It's not just the UK which is failing to increase its proportion of women in film crews; the top grossing films in America also show little improvement over time.  In fact, my previous research showed that the percentage of women fell from 22.7% in 1994 to 21.8% in 2013. 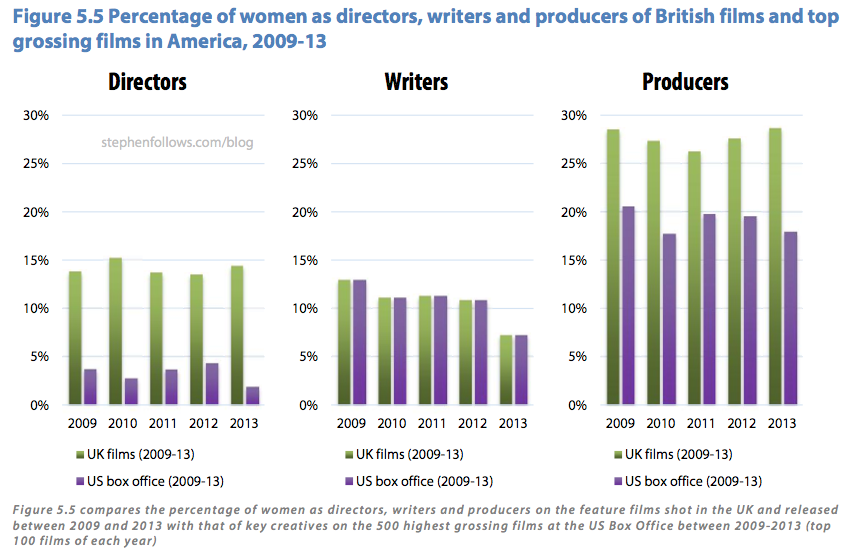 This week's article was from two sets of data - UK films budgeted over £1m since 2003 and all films since 2008.  Most of the results relate to UK films of all budget ranges, released between 2009 and 2013 inclusive. I used the 'over £1m films' list to look at the trends over the past decade.

We are fortunate in the UK that we have an impartial, well-funded and hard-working body in the BFI. Due to their work, we have reliable data on local films, meaning research such as today's can be seen as fairly complete.