Setiquette - how to behave on a film set

Just beginning your career in the film industry and unsure of what's expected of you on set? Worry notâ€¦

One of the hardest things when starting out will be to get accepted as a trainee or junior member of the crew. These friendly pointers on what to do and what not to do on a film set should help you to fit right in.
Â 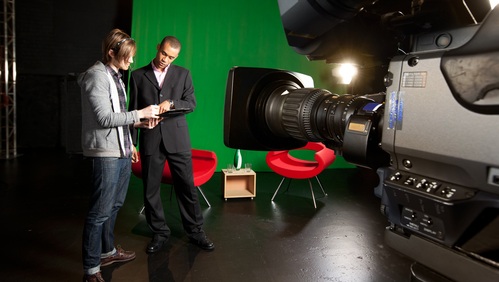 Yep, you've heard it before: turn up on time - that means at least half an hour earlier than you're expected. It makes a great impression if the trainee is one of the first in the department to arrive - don't let the rest of the crew set up without you.

Remember that you are a trainee

You are not expected to know everything straight away; the crew will be patient with you. However, the quicker you learn, the more you will impress.

Get to know your neighbours

Build good relationships with all departments; it makes the atmosphere on set more familiar. Tensions can run high when the pressure is on, so when you need to ask a favour from another department, the time you spent building a relationship with them will definitely pay off.

Be aware that the cameras are rolling

Whenever you're on set, zip it when you hear 'action!' Put your phone on silent as you certainly don't want to be the one whose mobile goes off during a crucial scene.

It's ok not to know something

Don't pretend to know something you don't (even if you were only told yesterday and can't remember). Be honest and ask for an explanation. Then write it down in the little book you are carrying in your back pocket (you should always have something to write notes in).

Don't ask for an autograph

Asking for an actor's autograph really doesn't look professional, so try and avoid it. When dealing with a particular actor for the first time, remember to introduce yourself andÂ be friendly, but try not to bother them. When the camera is rolling, avoid being in the actor's eye line - they have a job to do too.

You should be assigned work from your line manager. Do everything your head of department (HoD) asks of you. Do a tea round - it's a duty of trainees in all departments, but remember that one day you'll have a trainee to do it for you. Make life easier for your HoD and they will want you as part of the team on their next project.

Whoops, you made a mistake

It's ok, we're all human. Accept responsibility for it, learn from it and move on.

You may be the lowest grade in your department, but you wouldn't be employed if they didn't need you. Be attentive, enthusiastic and impress your colleagues - after all, they will probably be the ones getting you your next job.

Treat the equipment as if it was your own

It's very expensive you knowâ€¦

Remember the health and safety aspects of your department as well as the whole set.
Â

You can find more information on 'setiquette' at Creative Skillset's Craft and Technical Skills Academy website.

Find more useful links when trying to break into the film industry here.