A guide to music copyright and licensing

Licensing music for films, TV shows or commercials can often be a complex procedure. And sometimes, it can put a large dent in your budget. On the other hand if you do your research, it can be as simple as downloading and licensing a track online for free.

In this introductory guide we explain what type of music needs licensing and how you can go about it.

All music used in public - and that includes on the small and big screen - needs the permission of the copyright holders before it can be featured. This is what's known as 'licensing' or 'clearing' a track. While being a minefield for producers, it can be highly rewarding for the copyright holders involved, who get paid each time their song is played.

What rights do you need?

Before you start thinking about using music in your production, you need to have a clear understanding of the following:

- What type of music do you want?
- What is the context in which it will be used?
- What is your project - is it a TV production, online video, a commercial or a feature film?
- Where will it be shown and how many times?
- What is the duration of the music you require?

All the above factors will affect how much it will cost to license the music. Once you know the answers, you can now start finding the right piece of music for your project. But before you start rummaging through your CD collection, it's worth knowing what the three different types of music available are.

There are three different types of music you can license. They are: specially composed, commercial and library.

You could compose and record a song yourself and save endless fees and red tape. If you're no Chris Martin when it comes to penning a track, then you could commission a piece of music from someone else. This can be extremely cost effective, especially if you're working within a low budget.

You could find an unsigned artist or band who would welcome the exposure and might be willing to license their music for free. But a contract (or licence) still needs to be drawn up, detailing factors such as how many times the track will be used and in what context. Even if your best friend is a composer and has given you the OK in conversation, you still should have a licence drawn up.

This type of music is aimed directly at the general public - from songs you hear on the radio to albums available to download via iTunes. Anything from Beyonce to Justin Bieber is classed as commercial music.

If you're looking to feature commercial music, such as a pop song, the licensing process is more complex and costly than say library music. Generally speaking, the more famous the artist, the more expensive it will be to license.

There are organisations that can help facilitate the licencing process, which can be found in our copyright clearance section and music licensing section.

If you want to contact the record company or publisher yourself, a search on the internet will usually get results. The majority of music publishers allow you to search online for albums, songs and artists they represent.

To use commercial music, you will require permission from the writer of the song (usually obtained by the artist’s publisher). This is known as a synchronisation (or sync) licence. You will also usually require a dubbing licence (or master licence), which can be obtained via the copyright holder of the recording, which is often the record company.

TOP TIP: Whatever you’re working on, don’t set your heart on using a particular commercial track unless you’re confident you can use it. There’s no point going in to pitch your commercial to clients, setting the scene to a Bob Dylan track (his music is notoriously difficult to clear) when the chances of actually being able to use it are slim. Having said that, don’t let that stop you trying to get permission in the first place. It’s not uncommon for difficult artist's to grant one-off permissions depending on the production. 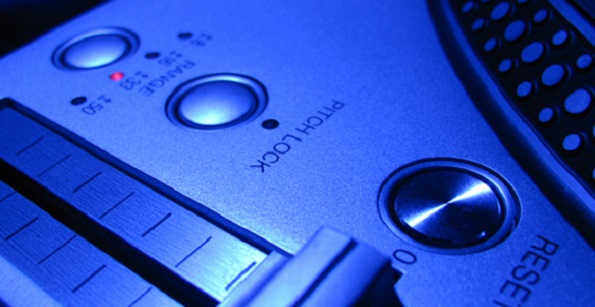 There are libraries that have a catalogue of music composed specifically with film, TV and commercials in mind. They cover a range of moods – from jazz to suspense – and you only have to pay the library to use the music, without getting involved in complex licence procedures.

If your project is for broadcast and you don’t have to use commercial music, we advise you use a music library. Most libraries allow you to search their catalogue online, or you can get one of their account handlers to search for you. In the first instance it’s worth contacting someone from the library to help you with your search. If you’re after a particular mode of music, they know where to find it.

There are also websites where you can download and use music for free. Typing in ‘royalty free music’ in a search engine will give you endless results. Bear in mind however, as with all music, check the licencing terms thoroughly before you use it.

The Knowledge has a varied selection of music libraries to help get you started.

Costs vary greatly – it could cost you nothing (music libraries) or if you want to use a track from a famous artist in a film or commercial, it could run into thousands.

If you’re a production company working for a broadcaster, they often allow you to use music under their blanket licence at a much lesser cost. The broadcaster can often supply you with a list of these songs, so it’s worth checking which ones they have covered before choosing your music.

TOP TIP: Have this list of blanket licence songs with you in the edit as it will prevent the temptation to use songs that are complicated to clear.

Music copyright in film is far more complex than that of television or commercials because, for example, the number of transmissions can’t be confirmed. Also, a song can help a film become a hit (like Pretty Woman using Roy Orbison’s song of the same name). For this reason, the copyright owners can pretty much name their price.

You still have to license a piece of music regardless of whether it’s three seconds or three minutes long.

If you’re filming on location, in a bar for example, and there is music in the background, you still have to get permission for that piece of music. The best way to get around this is to have no music at all – so if you’re interviewing someone for a documentary, get the bar owner to turn the music off – or interview the contributor outside where the music can’t be heard.

If the composer of a song has been dead for over 70 years you can use the piece of music for free, right? Well, to an extent, yes. However, there are several other factors involved. Firstly, the length of the copyright-free music varies from country to country (in the UK it's generally 70 - some countries it’s 50 years). Secondly, you still need to get permission from whoever owns the rights to the recording (in most cases this will be the record company).

Some musicians allow you to use their music for free. Once again, this is dependent on whether your project is commercial or non-commercial, so check the artist’s licence terms thoroughly.

Music cue sheets are documents featuring a detailed record of the music used in a production. The cue sheets include information such as song title, length, episode number (for TV) and composer and publisher details. This document is crucial for any production to ensure the writers and publishers receive the right royalties.

TOP TIP: When working on a project in the edit, it’s tempting to experiment with various types of music to fit the imagery, especially if it’s library music. But remember to take of note of each piece of music you’re using. It’s very common to get caught up in the moment and use a track you love the sound of – only to find you can’t remember which album you got it from in the first place.

Never assume it’s OK to use a piece of music without getting the correct permission – always check with the copyright holders.